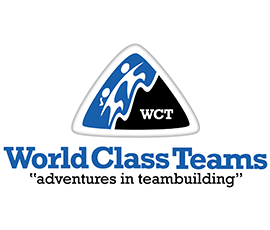 For the past 20 years, Robyn and her teammates have studied teambuilding, leadership and performance in the most extreme classrooms on Earth: the jungles of Borneo, the Himalayan peaks of Tibet, the rivers of Fiji, the rainforests of Ecuador, and the epic brush fires of Southern California (just to name a few)! It is through these harrowing, life affirming, and often hilarious experiences that Robyn has emerged with her unique perspective on what it takes to succeed against all odds and go the distance in any endeavor.

Founder of the Project Athena Foundation

In 2014, Robyn was named a CNN Hero for the Project Athena Foundation.
Project Athena is a 501c3 non-profit foundation that helps women who have endured life-altering medical setbacks live an adventurous dream as part of their recovery. Robyn was inspired to start the foundation as a result of her own medical challenge—two total hip replacements. “I’m honored to be chosen a CNN Hero,” she says, “but the Athenas (Survivors) who reach their recovery goal of a Project Athena adventure are the true heroes. The mission of the foundation is to put Athenas in a position to Inspire and amaze themselves—- and to remind them that they’re never going to be defined by their setback… they’re going to be defined by their comeback!” www.ProjectAthena.org